First, I'd like to point you to Three Easy Payments, in which a former classmate of mine reviews commercials. This blog features both hilarity and the correct usage of the word "interrobang."

Second, could someone tell me whether Gail Simmons has left Top Chef for good? Last we saw her, she was being ridiculous at her bridal shower (i.e. blaming the chefs for ruining her upcoming marriage with sub-par sushi rolls). She was conspicuously absent from the last episode, and previews reveal a surly bald Brit in her place. AS IF ANYONE COULD REPLACE GAIL.

I think she's so awesome that I actually permitted my boyfriend to cheat on me with her, should the opportunity ever arise. Seriously, watch reruns and see how amazing Gail's life is. She says nothing of value and appears to be there just to go NOM NOM NOM on delicious food. Every now and then she makes a half-hearted attempt at criticism but mostly just walks around out-adorabling Padma in cutely ridiculous dresses. GAIL 4 LYFE.
Posted by Alanna at 11:50 AM 4 comments:

Joy to the Television

Happy Holidays, Tubers. Here in no particular order are some television tidbits for the holiday season.

Firstly, if you haven't already been doing so, tune into ABC Family's 25 Days of Christmas. It's a great place to catch some claymation favorites and play a rousing round of Guess Which Drugs These Stop Motion Animators from the Sixties were on. Acid for the win. Just don't watch THE POLAR EXPRESS. CGI Tom Hanks haunts my dreams, always. Especially as that creepy Santa Claus. Whoever heard of a bitchy Santa in a Christmas movie.

Secondly, I love me some Christmas, but I also can't wait for it to be over so I don't have to see any more grossly anti-feminist diamond commercials, particularly this one from Kay Jewelers.

Really? You're sorry your signing still isn't very good? Maybe before you expect someone to be so head over heals for you, you should have a fluent language in common. Or did you already learn the sign for "Where's my dinner, bitch" and "Blow me," so you think you're good? If this isn't enough to prevent you from being a Kay customer, remember, they're so cheap because they're blood diamonds. 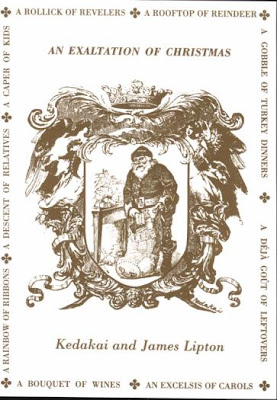 A Deja Gout of Leftovers?! Oh, you crack me up Jimmy.
Posted by Jeanette at 2:30 PM 1 comment:

The nominees are in, and since more Americans get their television news from boobtubers than from any other source, here are some thoughts, followed by the full list of TV Nominees (my preferences for winners in bold).

For once, my lady parts are giving me a hard time as to who should win best actor in a television series, drama. Usually my loins point me in a straight path towards Hugh Laurie, but now, Jon Hamm has been thrown in the mix, and his Don Draper is as dapper as they come. I'll let me you know when me and "ladytown" have made a final decision...

Of course, you all should know by now that my mind and genitals are made up when it comes to best actor in a miniseries or movie. Giamatti '09. Strike that, Giamatti 4-EVAH! 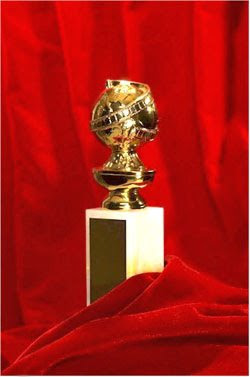 Hmm, are there any categories that are not determined by a lust factor for me? WHY YES! Best television series drama should go to MAD MEN. I turn my back on HOUSE only because I do have to admit that the writers are still working towards finding a gratifying balance between the old and new teams. I know the writer's strike is partially to blame for the underused Chase and Cameron in particular, but things still have been a bit Clunky in House-ville. Tuesday's Christmas episode was actually fantastic, with seamless plot movement between A - D storylines, so I think we're on the right track, thanks mostly to Peter Blake, but still, I will have to be throwing my support behind MAD MEN this year, mostly because I wish I could drink profusely at work.

This morning, Harry Connick Jr. was on the Today show (for what seems like the 18th time this month) to promote his new Christmas album as well as his appearance at tonight's tree lighting. I get overly excited when usually stoic and artificial morning TV personalities do something real or funny. Usually I can rely on Matt Lauer to show such glimmers in otherwise painful banter. Today, Harry Connick Jr. played along and did not give into the always looming fear that midwestern housewives will be insulted by obvious sarcasm. HILARIOUS!

And in celebration of that big old tree getting lit, remember these...(Watch 'em all, they get better as they go. I also understand better is a relative term, but watch anyway.)

Vivian's take on The Hills

I TRIPLE DOG DARE PROMISE that I will be back ASAP with my assessment of holiday themed programming.

Until then, please enjoy guest tuber Vivian's take on THE HILLS, the show that no regular Boob Tuber can watch without experiencing a violent physical reaction...


Might as well call it "Over The Hills"! MTV's hit reality drama appears to take its cues from another sassy foursome--Dorothy, Sophia, Blanche, and Rose of The Golden Girls! Compelling photo documentation is worth a thousand words. I am not including Audrina because she is particularly useless.

Lauren/Dorothy: Both weathered their sex scandals with dignity, grace, and rage. They are the cuckqueaned protagonists who can't laugh at themselves.

Lo/Sophia: The sneering and snarky moms of the protagonist. Such bitches.

Whitney/Rose: Notably nicer than the other gals, these mildly dumb (yet charming) blondes purvey an endless supply of funny faces.

This concludes the most intellectually-challenging analysis of The Hills published on the Internet, or any other media, to date. I promise you.
Posted by Jeanette at 2:48 PM No comments:

Labels: The Golden Girls, The Hills

Tina Fey's husband divulges the origins of her scar to Maureen Dowd, who spends the majority of her Vanity Fair article scrutinizing that and other sundry aspects of Fey's appearance, because that's what womenfolk are good for.

Britney Spears hosted her very own infomercial last night, the saddest in the world, sadder even than the Snuggie.

If you love Poor Man's Version of that HBO Show with the Four Narcissistic Harpies Who Probably Helped Inspire the Economy's Downfall, AKA Lipstick Jungle, buy a Nielsen meter and start watching soon OR ELSE.
Posted by Alanna at 1:58 PM No comments: 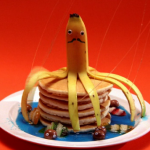